On-loan Hull City striker Oumar Niasse has been nominated for the Carling Goal of the Month award for the month of March, the Premier League has announced.

The Senegalese striker’s first goal in the side’s 2-1 win over Swansea City has attracted the eye and has been included on the eight-strong list.

This game featured Niasse scoring twice in one match for the first time in his English league career, his third and fourth goals in his 10th appearance for the Tigers.

Niasse was played through on goal by a superb pass from strike partner Abel Hernandez before he ran into the box and put the ball under the body of keeper Lukasz Fabianski and into the middle of his net in a stunning counter-attack. 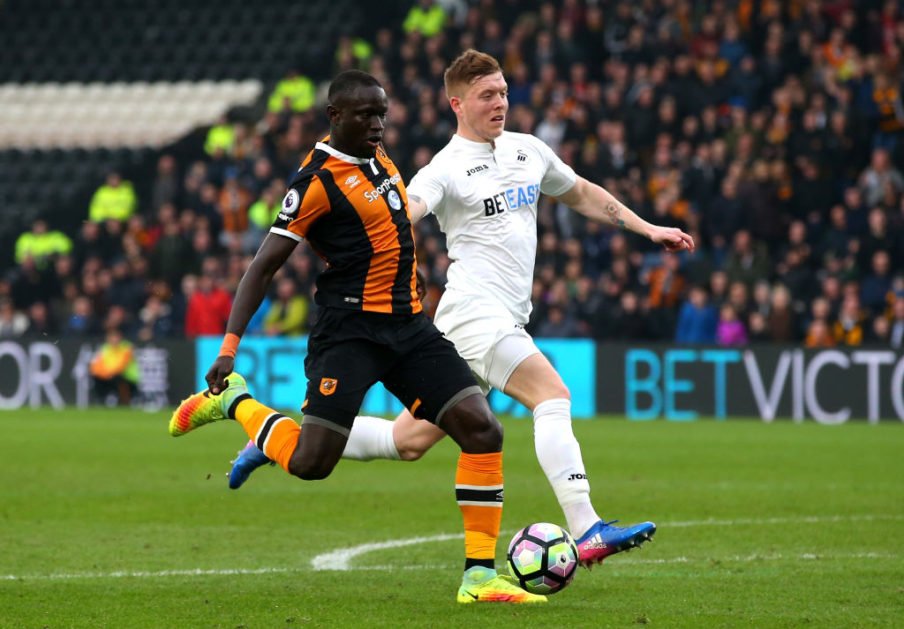 His strike has been placed in the category alongside goals from Manchester United’s Jesse Lingard (vs. Middlesbrough), Swansea’s Fernando Llorente (against Burnley) and Chelsea’s Eden Hazard (vs. West Ham).

Also included are goals from Leicester City’s Robert Huth (in their away game against West Ham), Tottenham’s Harry Kane (vs. Everton), Arsenal’s Alexis Sanchez (against West Brom) and Andros Townsend for Crystal Palace (vs. Watford).

The public can vote on their favoured goal here until it closes on Monday (March 27) at 11.59pm before the announcement is made on Friday (March 31) after public votes are combined with the thoughts of the judging panel.