Hull City took another vital step towards possible Premier League safety after coming from behind to beat West Ham 2-1 at the KCOM Stadium.

Second half goals from Andrew Robertson and Andrea Ranocchia turned the game on its head after Andy Carroll broke the deadlock with 17 minutes gone.

Carroll found space behind Curtis Davies and was found by a long ball before diverting the ball into the right-hand corner of Eldin Jakupovic’s net.

With just minutes until the full-time whistle, Ranocchia headed home at the near post from a Kamil Grosicki corner, moving in front of the still defenders to score his first goal for the club since his January loan move from Inter Milan.

This win means that Hull have claimed 10 points from a possible 12 in the top flight under head coach Marco Silva at home since he arrived in January, with five home wins from six undefeated games in all competitions under the Portuguese.

The result puts the Tigers onto 27 points in the league table after 30 games, level with Paul Clement’s Swansea City, who are currently sit in 17th place in the table, with a game in hand. Marco Silva’s side is now five points clear of fellow relegation contenders Middlesbrough, who visit the KCOM on Wednesday night in a relegation six-pointer.

Here are some of the best photos from the crucial win for Silva’s side. 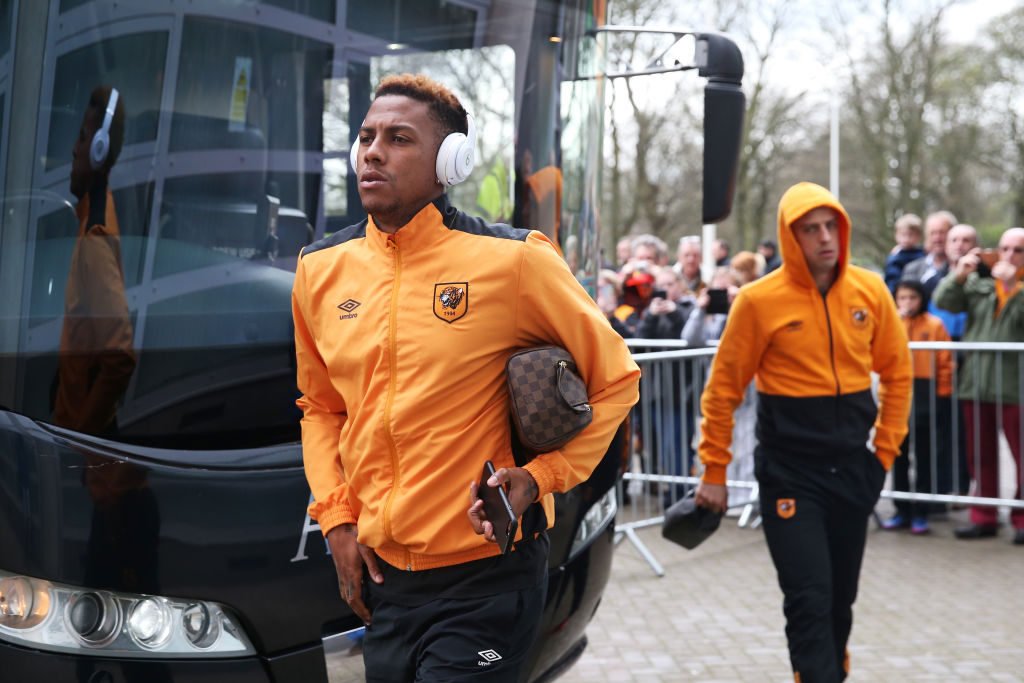 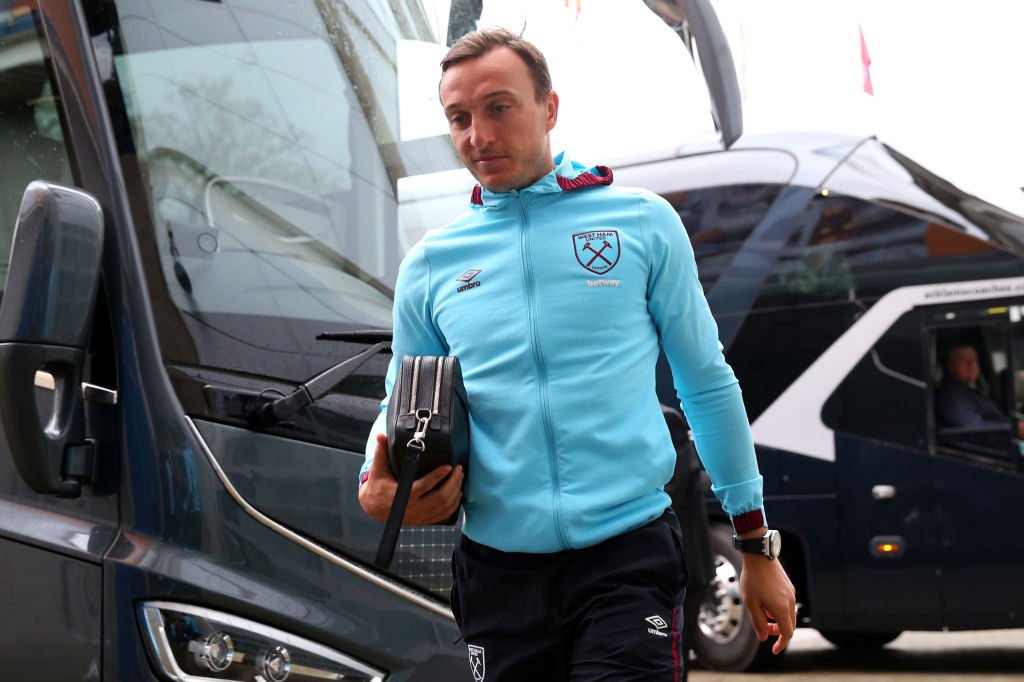 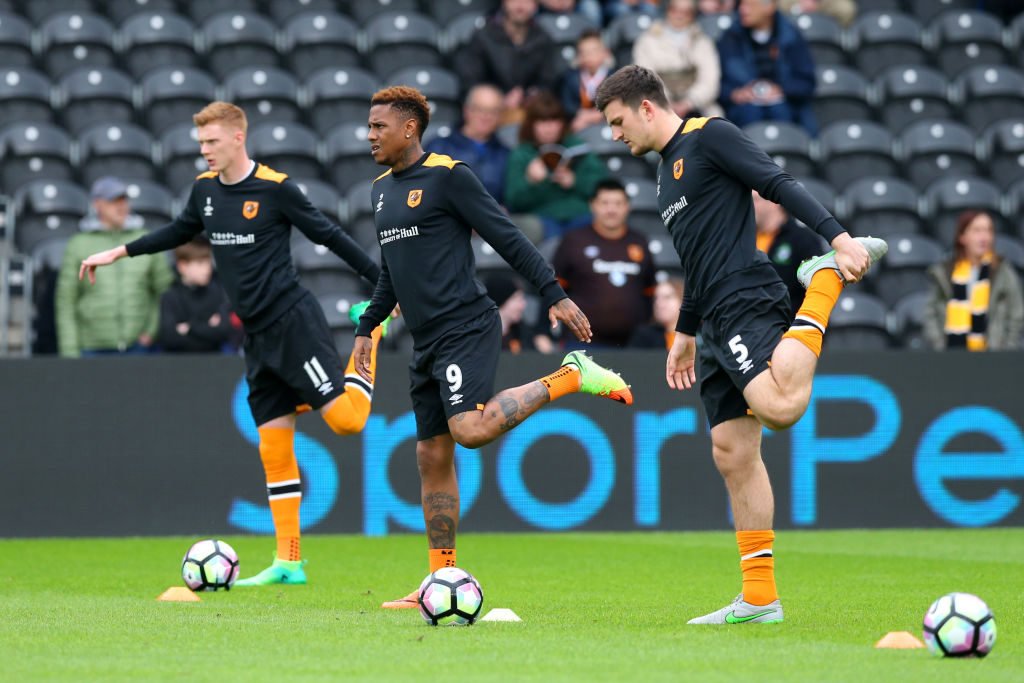 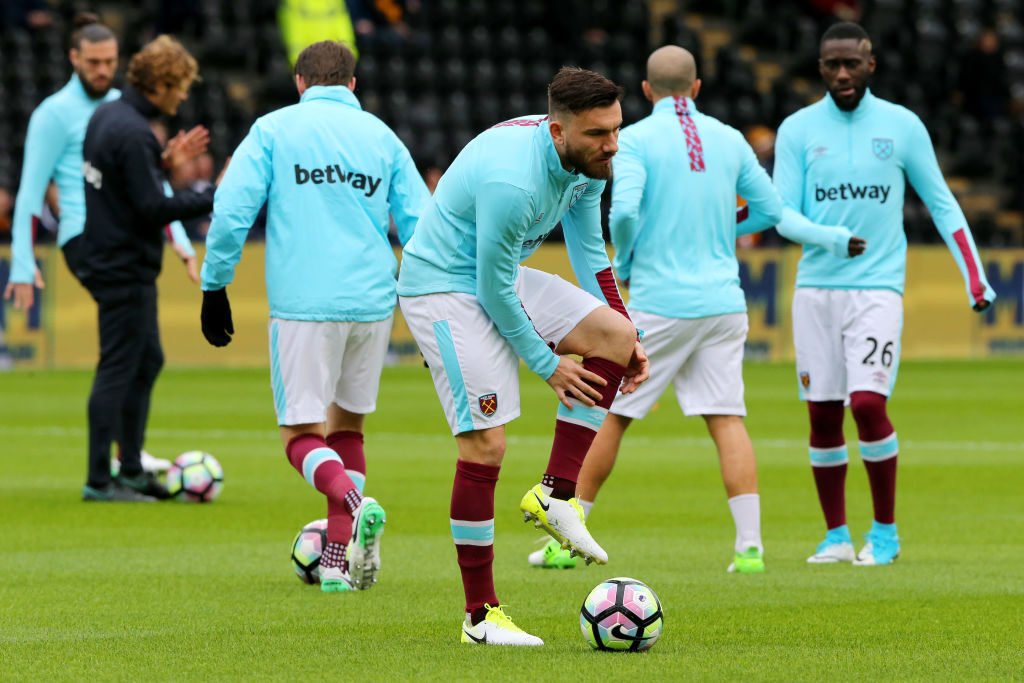 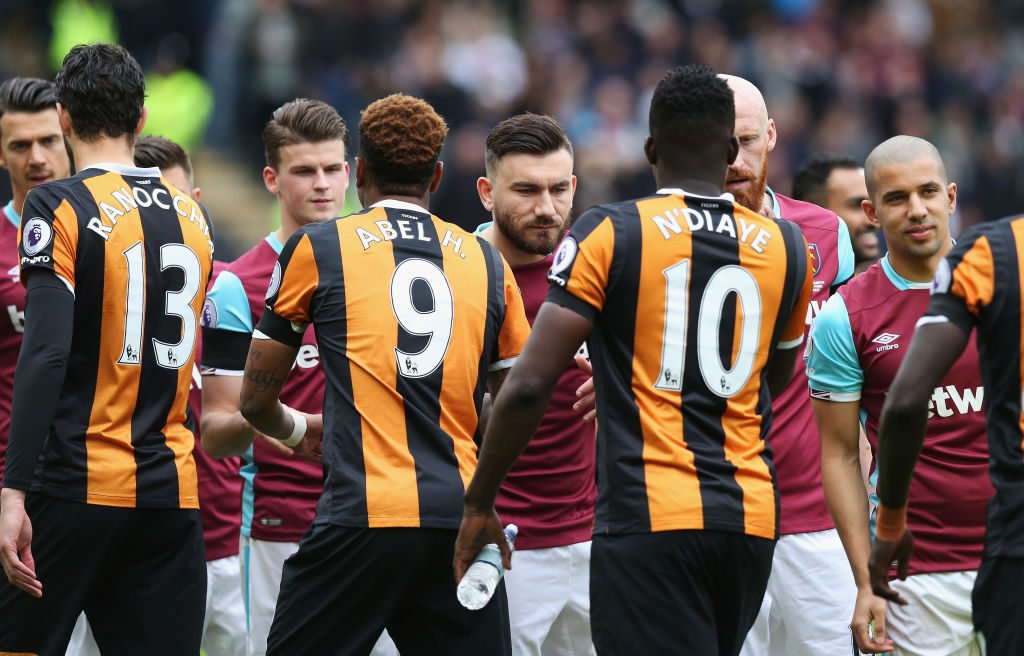 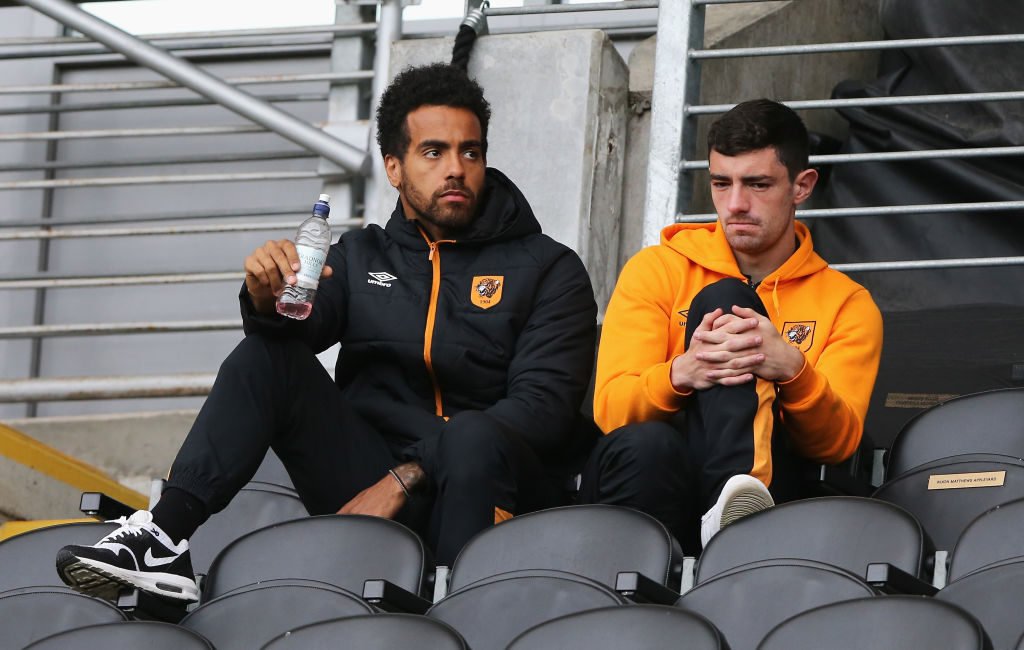 Suspended Tom Huddlestone and Brian Lenihan showing their support from the stands. 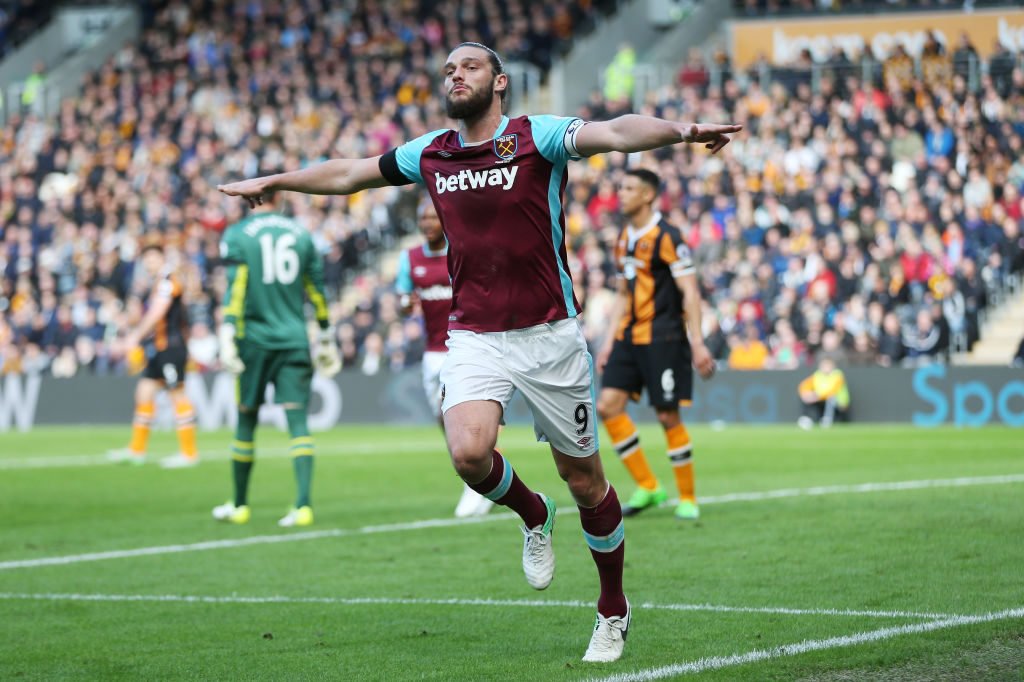 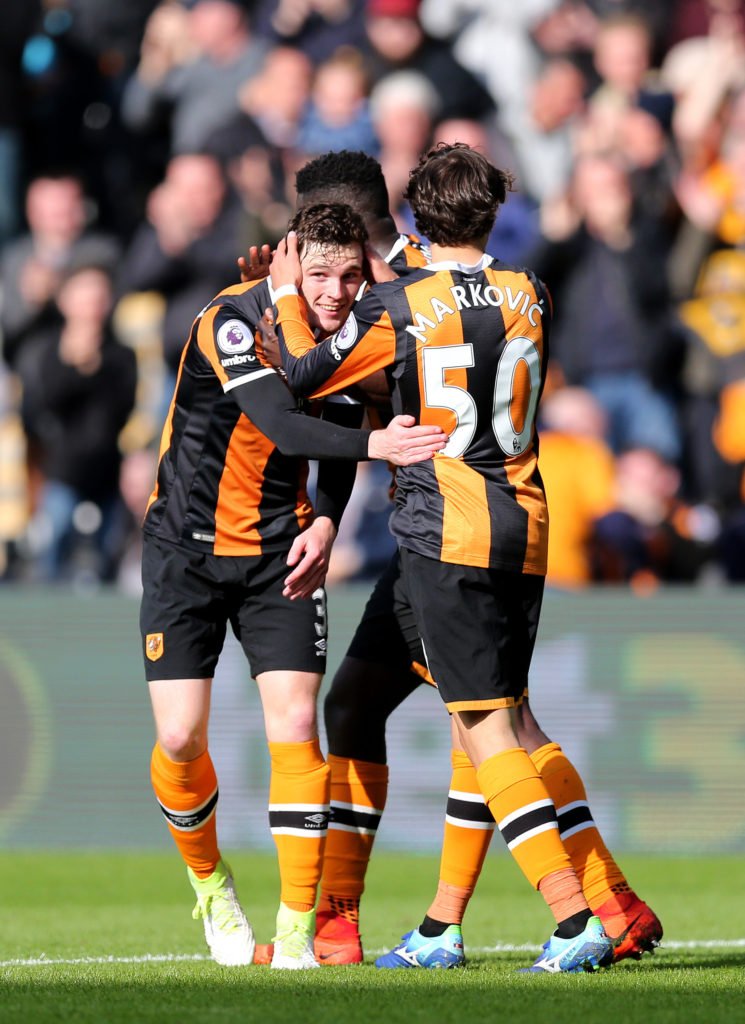 Robertson celebrating his equaliser in the second half of the game 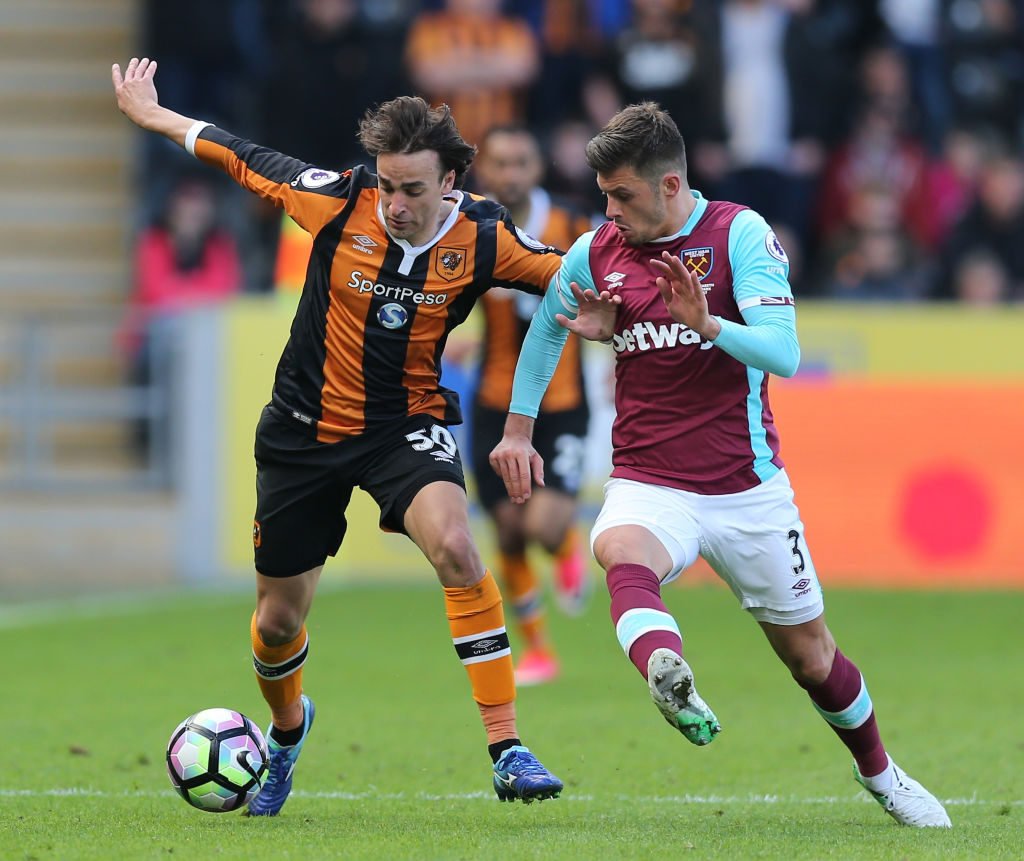 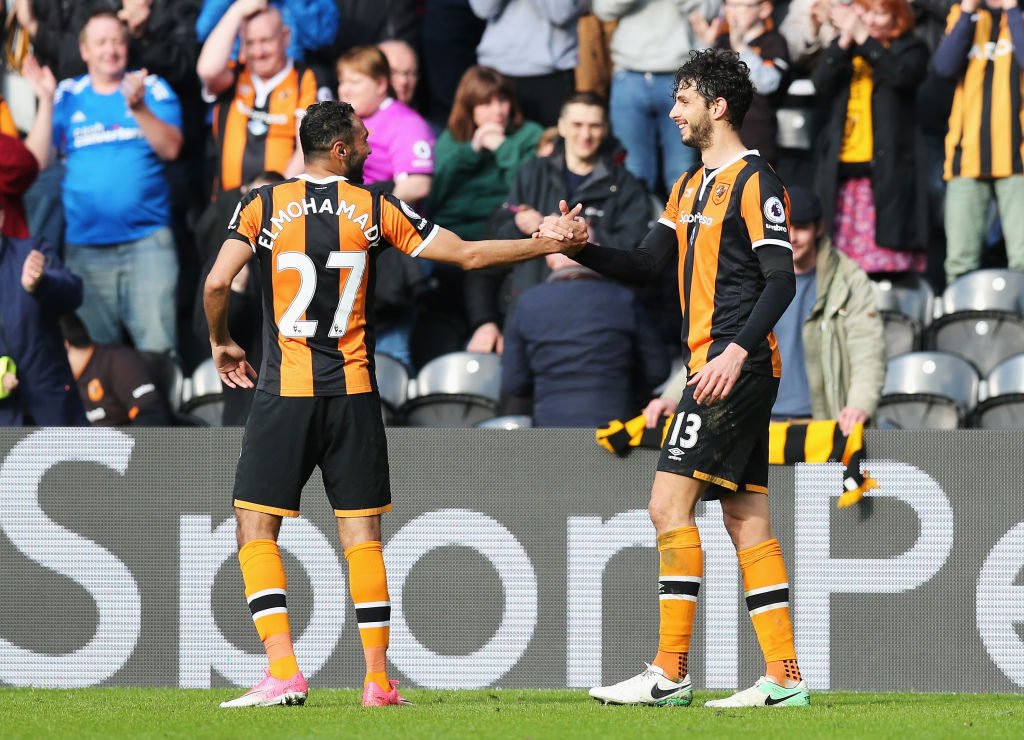 Ranocchia celebrating his header to give the Tigers all three points 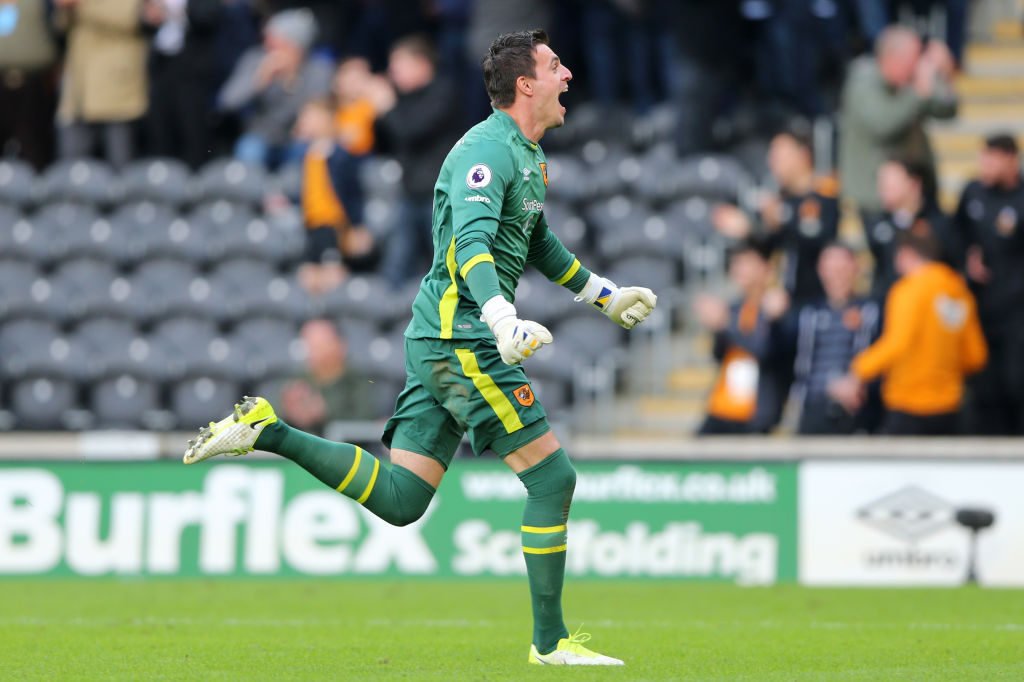